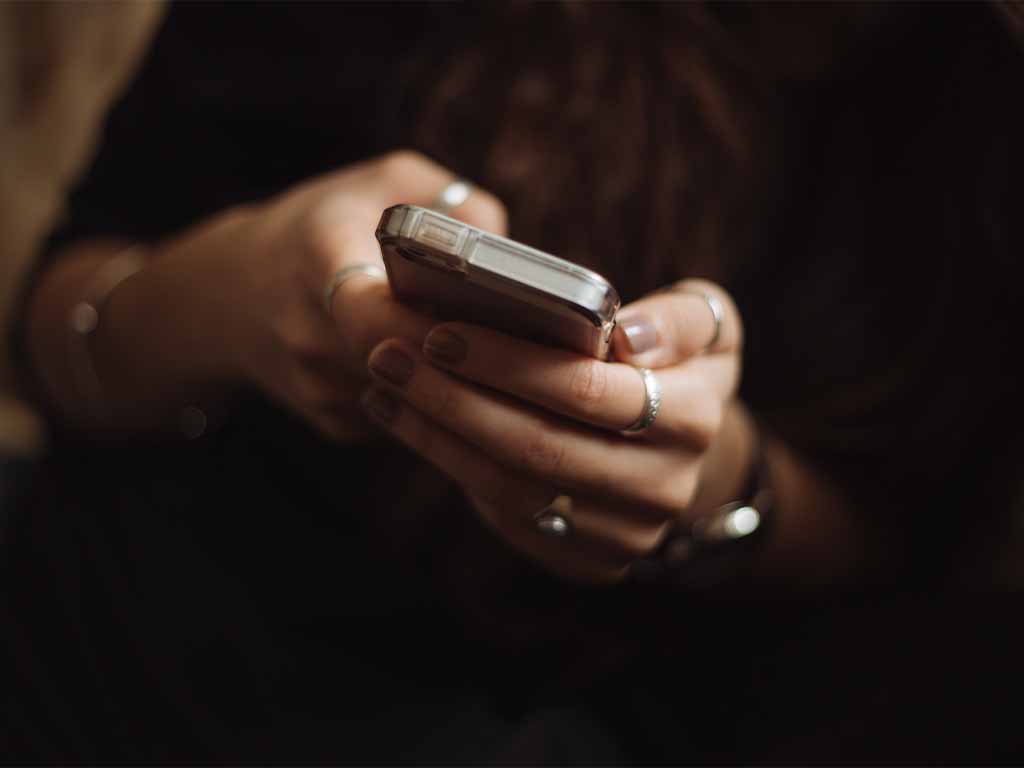 Clienk recently developed a major product enhancement that makes the Clienk suite truly omni-channel. By launching a fully integrated PBX with IVR and agent desktop integration, brands and call centers can now serve their customers also on the phone channel. The product supports Inbound calls, Outbound calls and Voicemail all flowing through the unique unified session distribution and queueing system.

An inbound call is when a customer initiates a call to the brand or their outsourced contact center. Agents may handle either inbound or outbound calls exclusively or might deal with a combination of the two. Both are supported by Clienk’s new telephone module.

Outbound calls are calls that are initiated by an agent either by manually entering the phone number or by clicking on the phone icon inside the contact profile (even during a messaging conversation).

Uploading call lists for telemarketing purposes will be supported by the end of 2023.

Live examples of our Inbound and Outbound calling

The customer has dialed the service number and chose the options in the IVR. The call is then routed through the queue and delivered to the first available agent:

after the agent accepts, this is how the agent desktop looks like :

if a user from another channel (example. Wechat) enters Clienk, and Clienk identifies they have the same phone number, Clienk can merge those 2 contacts and will merge the history and previous conversations. Once the user is merged, the agent can decide to call directly by clicking on the phone icon: 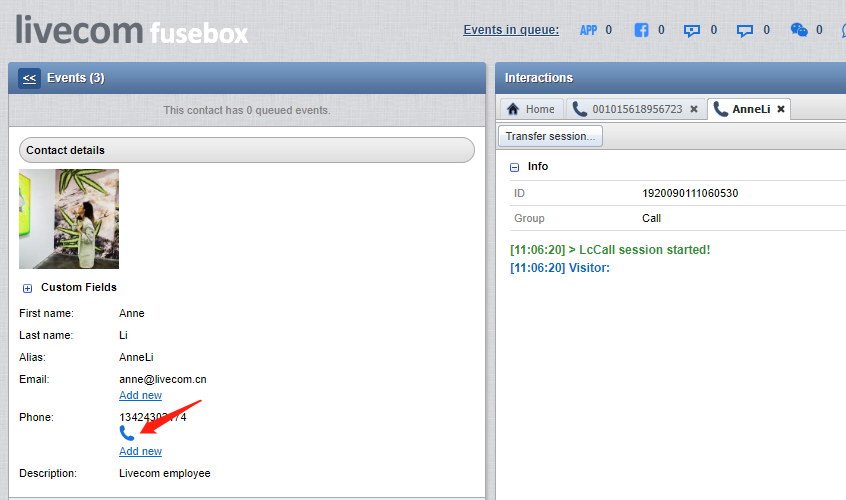 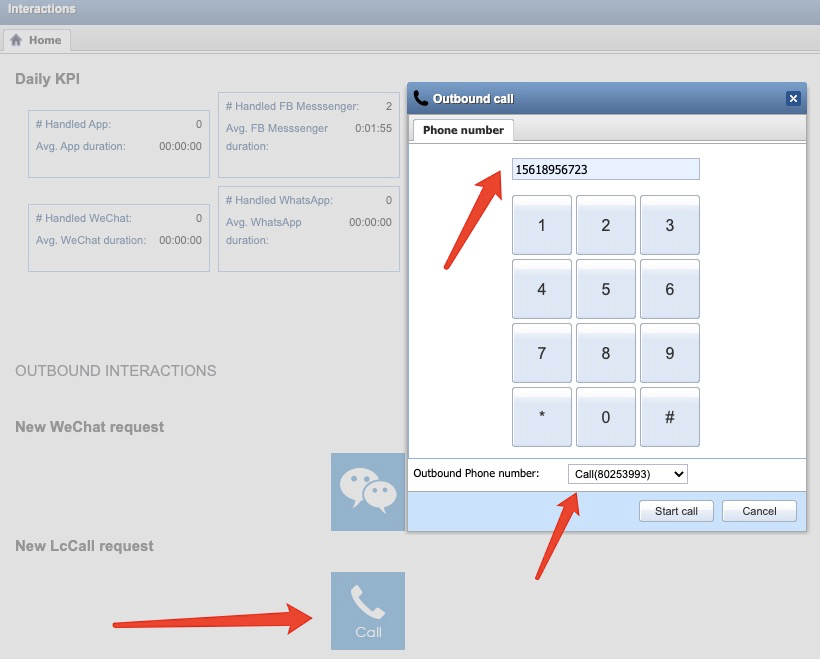 the agent can choose from which outbound number to call the customer, if Clienk recognizes that the new outbound call is going to an existing merged customer, it will show the profile of that customer:

The agent can check the full unified history under related events : 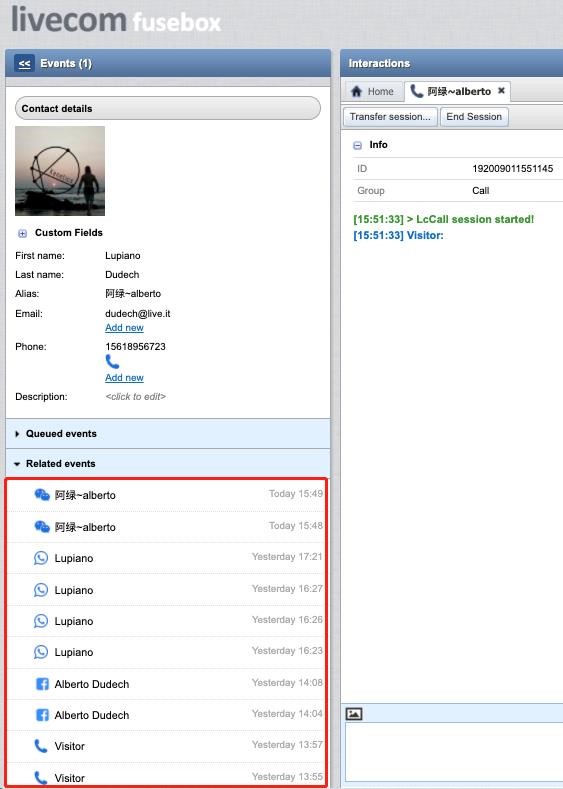 once the agent finishes a call, he will need to wrap up the session (he might need to update a 3rd party system), and apply the labels. This is logged as After Call Work (ACW) :

An IVR (interactive voice response) system is automated software that provides pre-recorded messages (choices) and collects responses from the caller.

An ACD (Automatic Call/Chat Distribution) system routes incoming sessions to the unified queue and appropriate team and agent based on the choices that have been made in the IVR.

The unified queue delivers sessions to agents based on priorities, time in queue and previous choices set by the IVR and ACD.

When a customer reaches a call center by phone, it’s the IVR system that intercepts them. From here, customers choose the options presented to them. After that, the ACD system will kick in.

The ACD system is responsible for leading callers to the right group or agents. Where the ACD system directs them is dependent upon the options the customer chose when interacting with the IVR.

So, while they may perform different functions, they work seamlessly together.

The call queues and the other media (Chat, E-Mail, Messaging) queues can all be routed through a unified routing plan controlled by skills, skill Levels and queue prioritization.

Customers can be given the option to leave voicemail in the IVR outside the opening hours or while waiting in the queue (all configurable from the Clienk backend). The voicemail messages will be placed in the unified queue with the priority configured so that those voicemails will be routed to the next available agent when online.

While customers are waiting in the queue for the first agent to become available they can listen to your own selection of music. You choose the tracklist, we play the songs!

Customers can either choose an inhouse PBX or Cloud based PBX, it all depends on your wishes, technical infrastructure and/or call and agent volume.